We have a new month and a new them. For this month our theme is related to love.

In February, we will be exploring love and romance. The word selected is “adore” because it has two main connotations: to be loved and respected or to feel worshipped. We will analyze characters that give us a feeling of admiration and explain why we love those characters. We will also be exploring different forms of love (familial, friendship, and even self-love) and how those types of love influence our lives.

If you would like to read what our other members have posted or working on you can check here.

When it comes to characters I love and romance its Monthly Girls’ Nozaki-Kun. This series takes on high school romance to another level. It will make you laugh at least once in each episode. Nozaki Umetarō is a highschool mangaka who works on shojo manga. He thinks Sakura’s love confession is her coming out as his fan. His understanding of love is limited which is why he uses his schoolmates as examples. He is often using Sakura as a way to come up with ideas for his characters. This makes the development between them adorable, awkward and hilarious as the story continues. 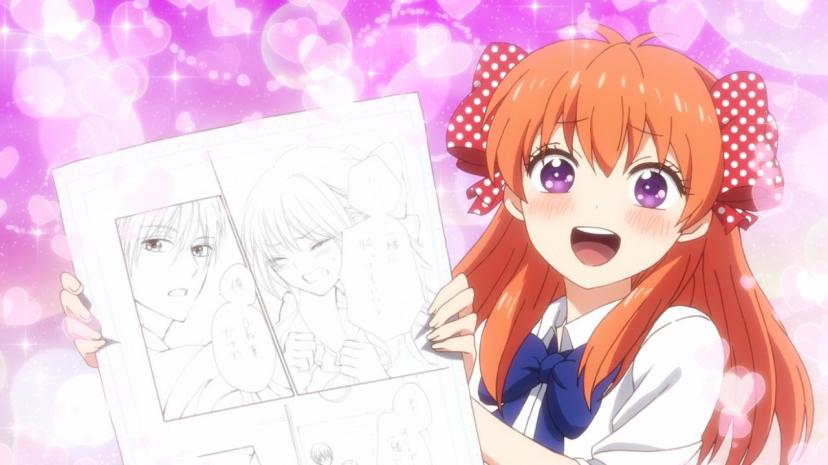 We first meet Sakura Chiyo when she is confessing her love to Nozaki who misunderstands her. Over time she is put in situations she thinks may be romantic but are awkward. Nozaki uses Sakura as a way to understand high school girls for his characters. Other times he uses her as a test subject for possible moments in his manga.

As more characters show up the comedy level goes up.

Mikoshiba Mikoto is another classmate who helps Nozaki with his manga. He is also Nozaki’s inspiration for the main character in his manga. Mikoshiba loves to play dating sims games and collecting figures. In one episode he has Nozaki play a dating sim game with him. This moment is one of the best moments in the series because of the end results. Mikoshiba and Sakura become great friends with one another as they both help Nozaki. Kashima Yū is in the same class as Mikoshiba and is friends with one another. Kashima is a member of the drama club and is often causing problems. She is known as the school prince because of her looks and acting roles. Because of this, her fans are often causing problems for the drama club. Her best moment is when she puts on a horse head and is seen running in the school while wearing it. This had me laughing to the point I had to use my inhaler to breath again.

Hori Masayuki is the president of the drama club and also helps Nozaki with his manga. He is often seen keeping Kashima in line and telling her fans to leave. Hori helps Nosaki with backgrounds in his manga while in return Nozaki writes the school plays. Hori has a fear of inviting of Kashima stealing his bride if he ever gets married.

Seo Yuzuki is Sakura’s classmate who sits next to her. Seo is known for always being in her and not reading the room. She will be blunt with other students or ruin the mood by walking in the middle of a love confession or ruining a photo moment. Seo is giving the name Lorelei because of her personality and singing voice. In the end, Nozaki uses Seo as inspiration for a new character in his manga. 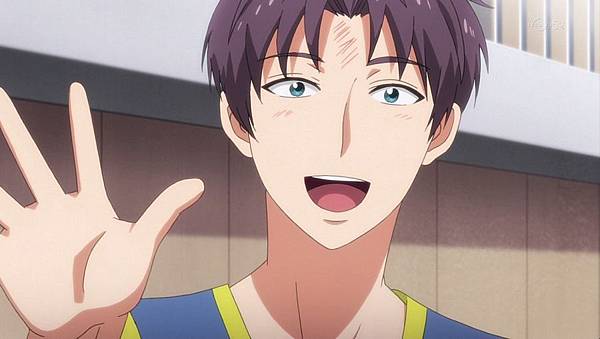 Wakamatsu Hirotaka is one of the last characters who is introduced in the anime. He is part of the basketball team and knows Nozaki for his basketball skills. Wakamatsu has a fear of Seo because she often picks on him when they are playing basketball. Because of his Wakamatsu has a hard time falling asleep unless he hears the schools Lorelei signing. This adds for awkward moments for Nozaki because he wants to protect Wakamatsu from ever meeting the school Lorelei.

The anime is only 12 episodes and is available online. If you would like to watch the anime you can watch on Crunchyroll, HiDive, and Hulu. The manga is published by Yen Press and volume 10 was just recently released.

Feel free to visit our Twitter page and say hi to all our other members. Please feel free to provide me with feedback or suggestions on what I should read or watch next.

This site uses Akismet to reduce spam. Learn how your comment data is processed.